Henna Helander holds the Chair of the Finnish Association of Architects (SAFA), as well as a leading influencer in the Finnish architecture and culture scene.

An active contributor to societal discussion, Helander is also renowned for her fervent passion for new initiatives. When the Paimio Sanatorium was put up for sale, Henna Helander was one of the most prominent individuals seeking a sustainable future for the Paimio Sanatorium buildings. Now she will play a central part in fulfilling the task set by the founding members of the foundation. The aim of the new foundation is to protect and develop the Sanatorium’s architecturally and culturally significant intellectual and material property as well as safeguard the preservation of its facilities and movable assets.

Henna Helander is an architecture professional with wide-ranging expertise and extensive experience in various roles within the construction industry. She has served on the board of directors of Helsinki Housing Production and the Housing Finance and Development Centre of Finland, as well as worked as a construction project manager, chief architect in building control, suburban project manager, urban planner, and building designer in both Finland and abroad.

In addition to this, she has built a lengthy career as a building designer at her own architect studio Arkkitehdit Helander/Langenskiöld Ltd. and many other studios in Finland and beyond. Her most significant projects include overseeing the design of the WeeGee Exhibition Centre and the Espoo Museum of Modern Art (EMMA) for Airas Arkkitehdit and acting as the chief designer for the As. Oy Runko uusloft (‘neo-loft’) block of flats commissioned for her own studio.

Henna Helander comments on her new role for the future of Paimio Sanatorium as follows: ”As a young architect I would seek to define my relationship to Alvar Aalto and his architectural standing. While working abroad and discovering Aalto’s buildings, I came to understand how special his work is, as well as its profound effect on western and contemporary architecture, also internationally.

I see Alvar Aalto’s architecture as something surprising yet dignified. His freedom of form, along with design that is in harmony with nature, lays the foundation for humane, contemporary architecture, which is more relevant today than ever before.

Paimio Sanatorium, Alvar and Aino Aalto’s international breakthrough, exudes joy and holistic thinking. The design encompasses everything from the smallest details to overall planning, such as the buildings’ placement in a pine forest according to the changing sunlight. In a time defined by the climate change and a pandemic, the Sanatorium’s yellow, easily ascendable and light-filled stairs are a reminder of hope and the power of new thinking. Here in Finland, we can be immensely proud of Alvar Aalto’s humane architecture.”

Alvar Aalto and the World Heritage 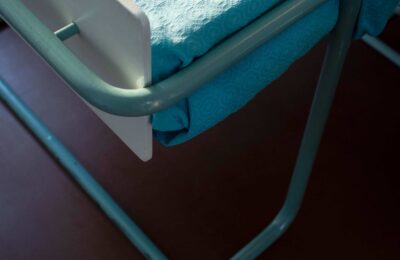 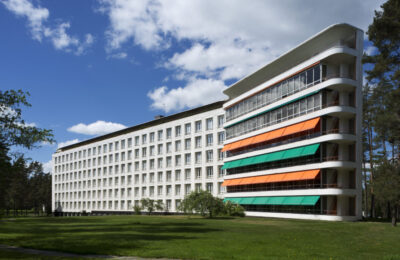 The 13 buildings designed by the famous architect include Finlandia Hall, Helsinki Hall of Culture and the Aalto House.